How I got involved painting a mural for Rooftop 120.  It was toward the end of the summer of 2010, I found myself doing work for quite a few restaurants.  One in particular stands out more than others.  One reason it stands out is the location:  this was to be a roof top bar overlooking Glastonbury, CT with the very fitting name of Rooftop 120.  Another reason was the actual project itself.  I was able to nab a nice focal wall in the entry of the place, directly across from the hostess station and  right in front of customers as they walk through the doors.  Nothing makes me happier than good location for a mural! Finally, I love the composition of this mural.  I had a concept in mind for the painting, something I had to sell to the owners a bit but the city.

The owners are a father and son team. The father is a very strong willed man who was a doctor before he got into real estate. He purchased commercial properties in Glastonbury before Glastonbury was the post town it is now. Father and son went back and forth with differing opinions on design of the painting before agreeing to use my original design.

I was thrilled to finally get the green light on a mural that I thought would be modern enough for a new generation of night-lifers to enjoy.  I had an idea of a few people hanging out in a way that allowed the use of depth, light and shadows.  I  want to be very specific in the shapes I used and I also wanted to have layers.  This concept I have had for a while and actually pitched to another bar located in Hartford.  They declined and went a different direction but I held onto the idea and finally had a chance to paint it.  Once the deal was sealed I immediately got the five friends I wanted as models together with the help of one of the girls I used in a few previous murals.  They came by the studio and I staged a makeshift area that would fit the shape I was going to paint.  Here with lighting angled from the top right I was able to get the pictures I wanted in one sitting.  The painting went quite well and pictures of it were used in a magazine called Faux Effects World.  The restaurant opened and I hear it is dong quite well.  Now if I can only get them to like me on facebook! 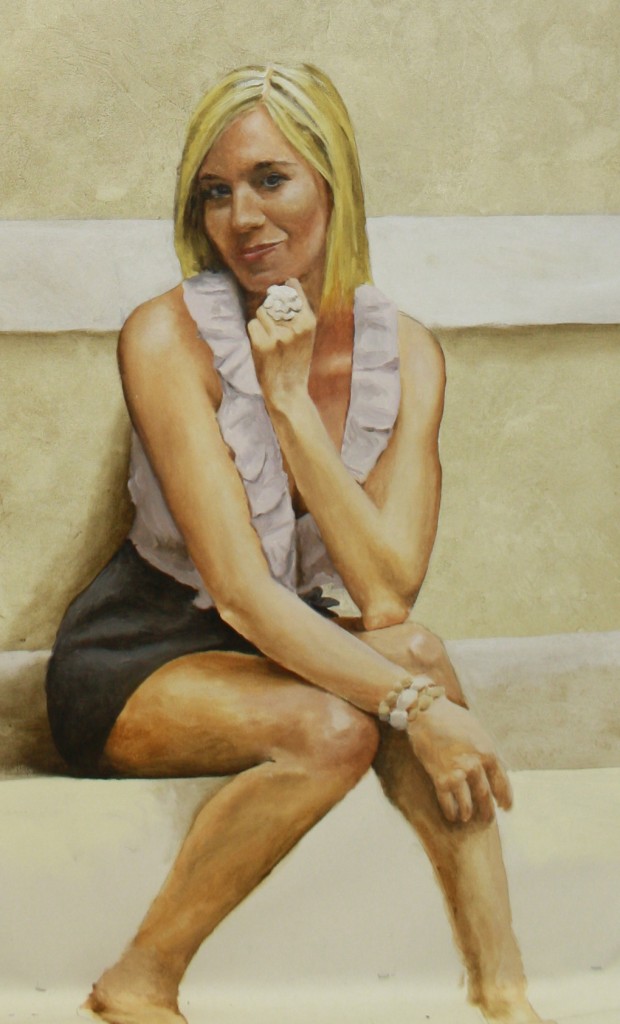